The smartphone market in 2020 has been competitive, as many smartphones were launched with reasonable price range and competitive features. We have covered the best smartphone which is released under price bracket of 20,000 INR in 2020. In this price range, many smartphones are available which have some true flagship phone features which make them value for money.From high end display, multiple cameras,big size battery to fast charging everything you can get in this price segment.

Poco X2 is the successor of POCO which has amazing features with a competitive price range. This time Poco X2 offers better specs from predecessors as it has a quad-camera setup with 64MP + macro 2MP + ultra 8MP + depth 2MP,  and 20MP + 2 MP dual front camera setup. To save all high resolutions photos it comes with 128GB internal memory and 6 GB of RAM. Display on this device is big as the screen size of a 6.67-inch full HD+  120Hz display with a resolution of 2400 x 1080 pixels and 395 PPI pixel density. It works on the Android v10 operating system with 2.2GHz Qualcomm Snapdragon 730G processor with Adreno 618 Graphics. Phone can last easily a day with mid-core day to day usage as it has a 4500mAH lithium-ion battery.

Realme phone which comes with Qualcomm Snapdragon 730G processor with 4 GB of RAM. The rear camera on this device has a quad-core setup of 64MP+8MP+2MP+2MP and a 16MP front camera. To store all high-resolution photos it comes with 64GB internal memory expandable up to 256GB. For display, it has a 6.4-inch Super AMOLED capacitive display of 1080 x 2340 pixels resolution with 402 PPI pixel density. Out of the box it phone runs on Android Pie 9.0 operating system and can last up to a day with 4000mAH lithium-ion battery and to charge this device it comes with 30-watt VOOC Flash Charge 4.0.

The Redmi Note 9 Pro comes with competitive features and aggressive price. Redmi Note has 6.67-inch FHD+ full-screen dot notch LCD with 2400 x 1080 pixels resolution and 400-pixel density. Out of the box, it works on the Android v10 operating system with 2.3GHz Qualcomm Snapdragon 720G with 4GB RAM and 64GB internal which is expandable up to 512GB with a dedicated SD card slot. It also has quad-core rear camera setup with 48MP + 5 MP + 8 MP + 2 MP which supports 960fps slow-motion,and 16MP front camera. To unlock this device it comes with a side-mounted fingerprint sensor to easy unlock. This phone has a massive battery of 5020mAH large battery which can give talk-time of 29 hours. To charge this device it comes with an 18W fast charger with Type-C connectivity. This is one of the best smartphone which is released under the price bracket of 20,000.

Samsung M31 is successor of M30 which offers value for money with a reasonable price point. The phone comes with (6.4-inch) FHD+ capacitive touchscreen display with 2340 x 1080 pixels resolution and 404 PPI pixel density. It also has quad-camera setup with 64MP + 8MP + 5MP + 5MP rear camera and 32MP front-facing camera.The base variant model comes with 6GB RAM and 64 GB storage which is expandable up to 512GB. Out of the box, it works on the Android v10.0 operating system with 2.3GHz + 1.7GHz Exynos 9611 Octa-core processor. It has a massive 6000mAH lithium-ion battery with basic usage of social networking it can last up to the entire day.

Redmi Note 8 Pro is another value for money option which comes with built-in Alexa. This phone features a 6.53-inch HDR Display with 2340 x 1080 pixels resolution and a 19.5:9 aspect ratio. For storage, it has 8GB of RAM and 128GB internal memory which is expandable up to 512GB. It has Quad Camera Setup with 64 MP  + 8 MP + 2MP + 2MP and 20 MP front camera. Out of the box, it comes with Android 9.0 (Pie) with Mediatek Helio G90T with an octa-core processor and for graphics Mali-G76 MC4. This phone has a 4500mAH lithium-polymer battery and supports fast charging. To support fast charging it comes with 18W fast charger.

In the budget segment under 20,000, these are the best smartphone you can get. In 2020 most smartphones now released with a triple or quad-camera setup which is very easy to find in this segment. Things you can check out are battery life as many smartphones are available with good battery which can last up to a day. 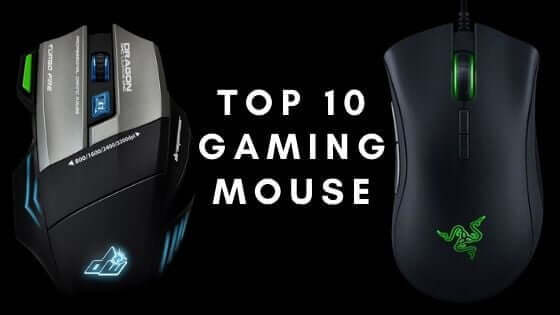 View all posts by Kartik Choubey